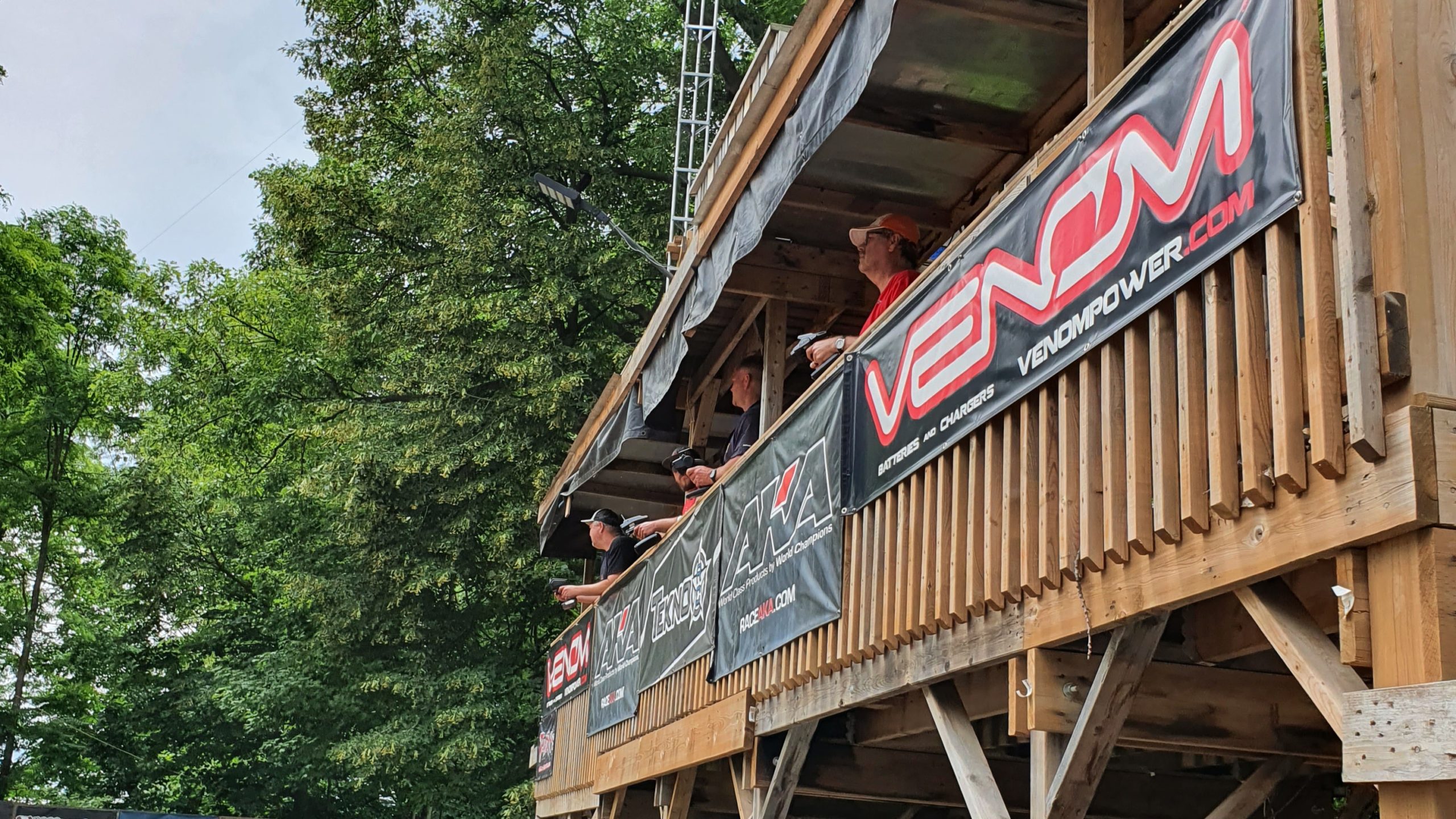 Twice a year Otterville RC Raceway holds a World Class level RC racing event with competitors coming from far and wide. The Nitro Blast is one of those events. This year though, while the world still grapples with Covid-19 restrictions, the attendance was restricted to half of it’s usual numbers at 100 attendees. Despite the reduced numbers, it was still an epic event and my first major event where I could actually compete and not just spectate.

Racers came from across Ontario and as far as Quebec. Unfortunately racers from the USA, who wanted to attend, simply couldn’t due to the ongoing boarder restrictions. Although the attendance was limited, it worked out ok because the action was cut short due to rain expected on Sunday.

My teammate Eddy and I, racing for MySIM.ca, arrived Thursday evening and set up our camp area at the neighbouring property and our paddock spot trackside. Most racers and teams arrived on Thursday to get a jump on getting set up so they could focus on track time on Fri.

Friday during the day was for practice and sessions were 5min long with mixed groups running together. Classes included 8th Nitro & ebuggy, as well as Nitro & etruggy, and with many drivers entered in multiple classes, the buggy and ebuggy classes each had over 60 racers all eager to compete. With that many entries, the skill levels were wide from the super fast and highly experienced racers down to the newbies like me who are in their first year of RC racing. The age range was equally diverse with the youngest racers at around 10 years old, up to around 60 years old.

Due to the ominous weather forecast, the seeding round started Friday evening at 5pm and went late into the night, finally wrapping up around 10:30pm.

With the sunrise Saturday morning, everyone was ready for a long day ahead. The decision was made to do only one round of qualifying and move straight into the Mains to get everything done before the rain arrived later that night. Sunday was expected to be a washout. With that decision made, track activity was non-stop and packed with racing action.

Being my first year, my skill level is as you would expect (near the bottom) and my results in ebuggy reflected that. My teammate hadn’t raced an RC in over 20 years so his results where near the bottom also in Nitro buggy. But like every other racing there, winning the A-Main isn’t the objective; that’s just a bonus and good fodder for bragging rights. The real goal is to simply race and have a great time doing so. With that in mind, ever single person there was a winner, even if they, like me, suffered mechanical failures during their Main event.

A huge congratulations to all those who got the podium in their respective races and especially to those who bumped up numerous times to higher Mains. That takes skill and a lot of luck and it’s tiring once all is said and done.

Also a huge thank you to John and his wife Karla of Otterville RC Raceways for hosting such an amazing weekend and to Brandon Marshall for being the Race Director and keeping the flow moving.

At the end of the month Otterville will be hosting the Lightening Challenge for electric only. Hopefully I can redeem myself a little bit, free of any mechanical failures. But until then, there are some other races that we have our sights on and need to prepare for, including a road trip to the Quebec Classic where over 300 racers are expected. See you out there!