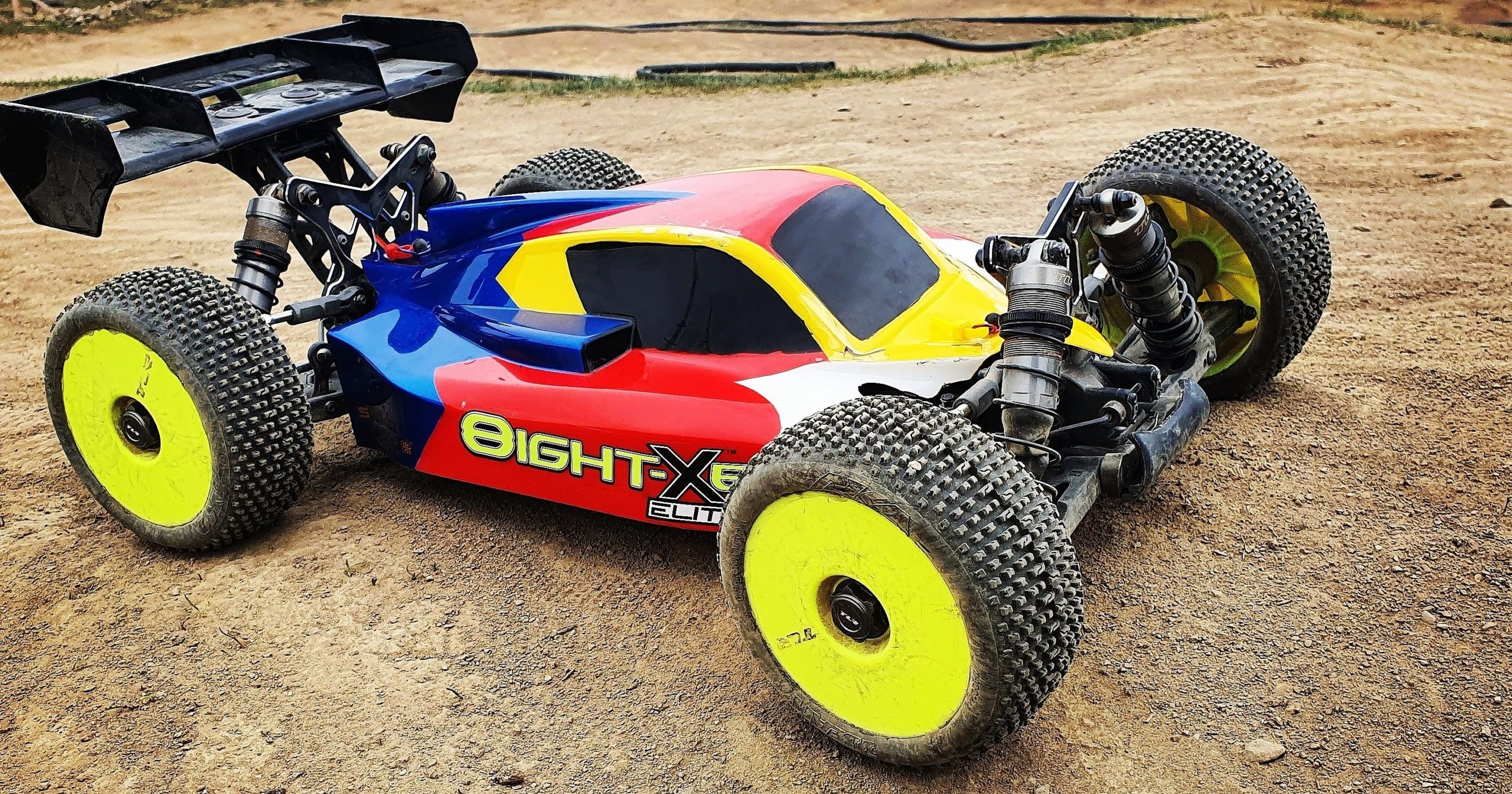 Team Losi Racing, better known as TLR, has a long history designing and making the best RC racing buggies that you can buy. They have always set the standard for other RC manufacturers to try and emulate. Their latest creation is the 8ight-X Elite which available in nitro (X Elite) and electric (XE Elite) versions, and boy did they ever raise the bar once again.

Many people state that this is what the 8ight-X should have been from the beginning (think of the Elite as version 2). With anodized shock towers, aluminum shocks, carbon fiber A-Arm inserts and centre brace over the centre differential, this buggy really does come with all the things that racers have been asking for. Much of the design and development came from their own team racers but they also took a lot of input from their customers as well. Clearly TLR was listening because the buggy they made is greater than the sum of it’s parts.

Although I will point out a couple of things that seems to be affecting many drivers; the turn buckle ball ends on the steering arms tend to strip out surprising easily. This only seems to be an issue with the ball ends that are included in the kit but not an issue with the replacements that come in the replacement package. The other issue that should be addressed, even before ever driving it, would be substituting the steering servo arm. The one included in the kit is a plastic composite and it won’t last long. Save yourself the frustration and just install an 25T aluminum one right away.

If you’re the type of racer that wants the latest and greatest, then this is the buggy for you. Although it should be noted that if you are a bad driver, you will still be bad…just maybe a bit less so. If you are a new driver, then this car is very forgiving to drive and can really take a beating (other than the aforementioned turnbuckle ball ends). The kit does come with a lexan wing but unless you’re a Pro RC racer, I would avoid using it. It is quite fragile by nature so it will break very easily. Even the Pro racers don’t use it much, so just stick to the plastic one.

The 8igth-XE Elite isn’t cheap though but as the saying goes…you get what you pay for. If you really want the best, you’re going to have to pay top dollar for it and by all accounts this buggy is indeed top shelf with a price tag to go along with it. So if you’re going to get one, take the time to assemble it with care and attention. You don’t want to miss something.

Whether it’s the nitro or electric version, have fun and let ‘er rip! Actually you can’t help but have fun with this buggy. So call your local hobby shop and place your order!