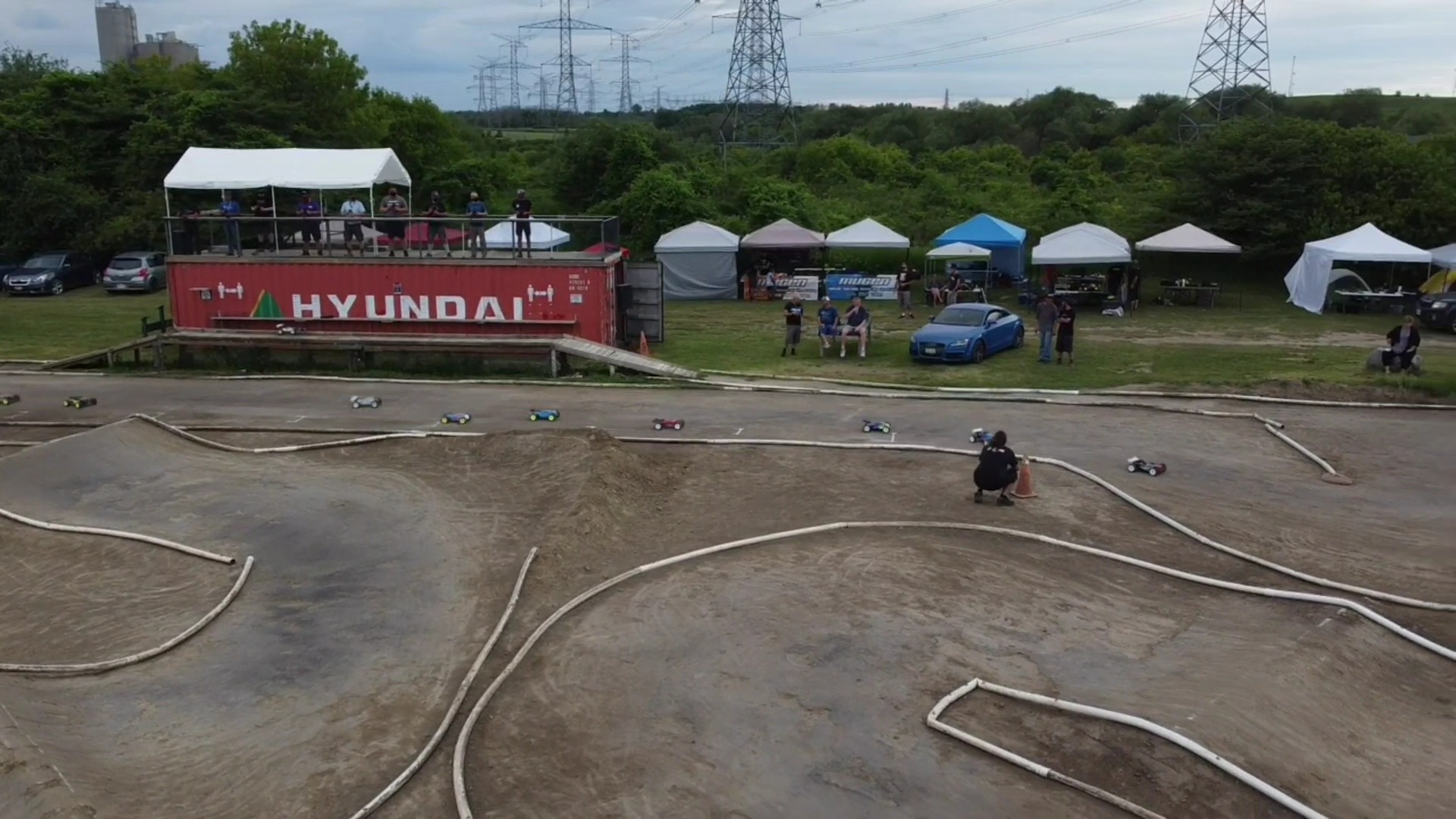 The original season opener at the Durham Offroad RC Club (D.O.R.C.) was supposed to be three weeks prior but thanks to the Covid-19 restrictions, that race was cancelled. Therefore, the June 19th race became the first actual race for the season.

It was with great joy and relief for all the RC racers in attendance (no spectators where allowed this time) as they took their offroad RC machines to the track. The various races were for nitro buggy and truggy, ebuggy and etruggy, and Short Course Trucks (SCT).

Some drivers arrived the day before to get in some practice and camped out overnight but most started flooding in early Saturday morning. This was the first time most of the drivers had seen this new track layout, which was completed just two weeks prior to the race and mostly closed for practice up until the day before the race. Other that, only a few videos of the track had been posted online for people to look at. Nobody really knew what to expect other than a very fast track with some very big jumps. And that it was!

Being the first event of the year, there were of course some bugs to work out and the action started a bit late with practices sessions and qualifier races. Drivers had some first race issues to sort out also. In my case it was a transponder issue so I ended up having to borrow one from the track for the rest of the day. With 13 groups, there was action all day long and into the early evening. The best action of course came in the A-Mains for Nitro Buggy and Nitro Truggy classes but there was great racing in the ebuggy A-Mains also.

Big thanks to Dennis Gray and DORC track staff for all the work they’ve done not only today but also to get everything leading up to the race day and to make a fast track with some tricky features. I wasn’t a fan of the “spine” jump or the blind corner leading into it but I wasn’t the only one having trouble with it.

Full results can be found at
LiveRC.com (click here).

The next races should be at Otterville on July 2-4 and then the following weekend back at DORC for July 9-11.