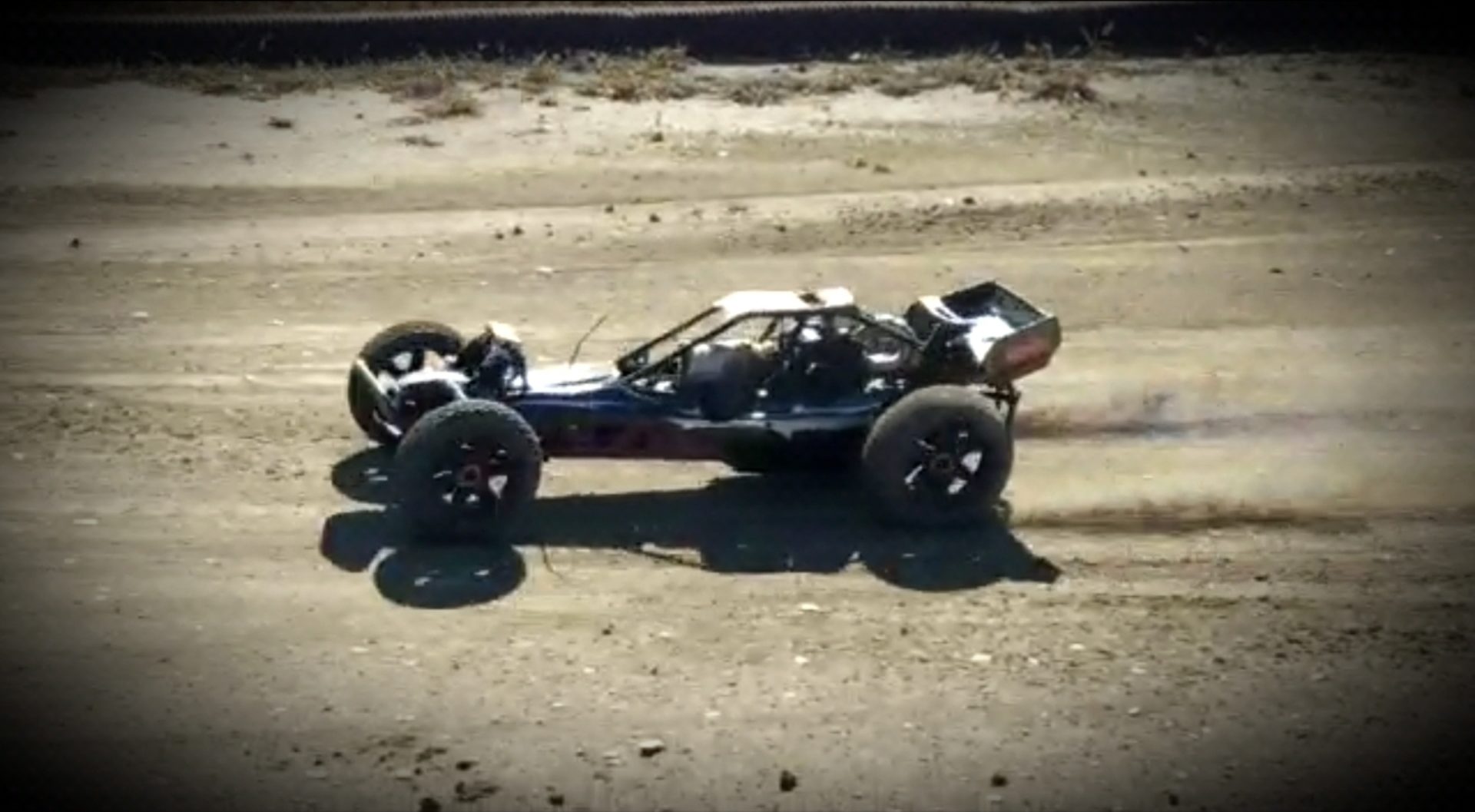 This marks on of the great monsters in 2WD 5th scale gas RC cars…and it’s a handful! Even with a smallish 29cc two-stroke motor, this buggy is one of the hardest so drive and control and even harder to race. This was my first proper RC car and even bought used, they aren’t cheap. Then again, the 5th scale class is by far the most expensive class of vehicles to get into.

The original HPI Baja 5b SS was first made back before the company went belly up and was reorganized. They were mostly used as bashers just because they are so hard to drive. Even with the installation of a Spektrum receiver with AVC (basically stability control), it’s still a handful, but oh so much fun to drive.

Parts are a bit hard to find and your going to need a lot of spares. One of the first things to upgrade is the suspension arms. A company called RPM made some great ones but not anymore. King Motors and Rovan make a lot of goodies for the Baja and Dave’s Discount Motors (DDM) provides a lot of great add-on and replacement parts also. Failing all that, you will have to source parts off eBay.